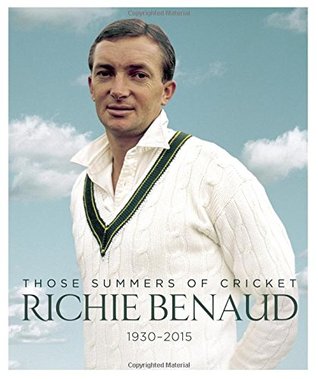 Richard Richie Benaud, OBE, (1930 2015) was a Test cricket all-rounder, blending thoughtful leg spin bowling with lower-order batting aggression. In 1958 he became Australia's Test captain until his retirement in 1964. He became the first player to reach 200 wickets and 2,000 runs in Test cricket. After his retirement from international cricket in 1964, he became a highly regarded and utterly beloved commentator on the game both in the UK and Australia. Summer of Cricket was his call sign that summer was here and cricket was the star.

This books gathers together the many accolades accorded Richie Benaud over the decades. Tales from colleagues, players, friends and those who listened to his broadcasts every summer. This book also features some of the finest cricket commentators and writers who have explored the legend that is Richie Benaud.

A book to treasure, dip into and enjoy that includes many of the great names from cricket.